We are delighted to announce the list of nominees for the 2014 Army Sports Awards which is being held on Thursday Nov 27th in the magnificent Great Hall at the Guildhall in London.

An evening of ceremony and splendour to celebrate a year of sporting achievement in the Armed Forces, this glittering occasion is hosted by General Sir Nicholas Carter, the Chief of General Staff and organised in collaboration with Team Army and the Army 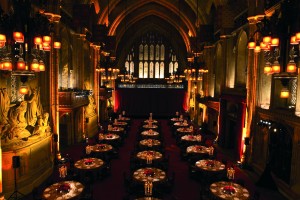 Sports presenter Gabby Logan will add an extra sparkle to the event as compere and the renowned soprano, Laura Wright, will be opening the evening in style by performing Invincible, her track from the Invictus Games.

Joining CGS, senior military officers in the British Army, sponsors & supporters and award nominees will be some of the UK’s biggest sporting heroes, including Victoria Pendleton, Greg Rutherford, Colin Jackson, and James Cracknell, as well as some of the Army’s own former stars, Tim Rodber and Matt Fleming.

There will be 8 awards presented on the night:

Team of the year
To be announced

The ceremony is being filmed by Sky TV and broadcast on Forces TV on the evening of Friday 28th November.